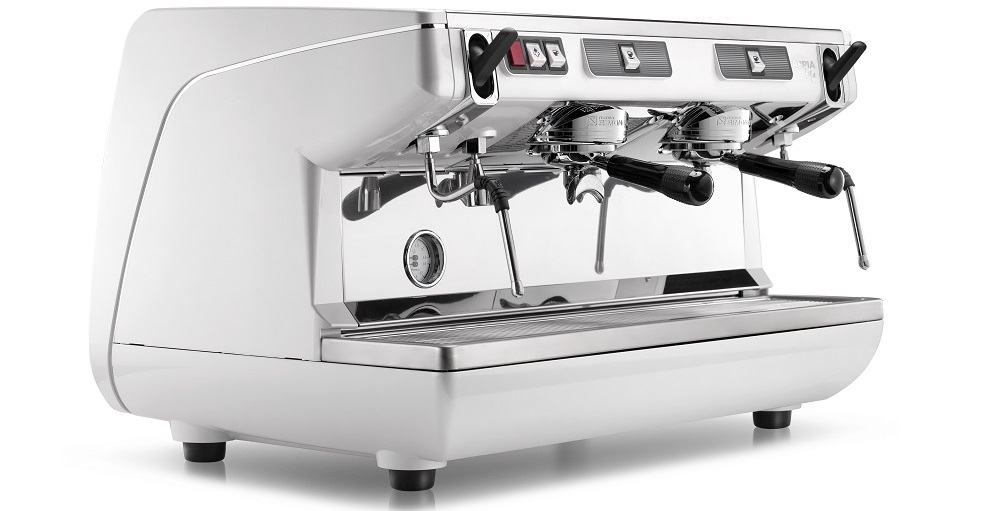 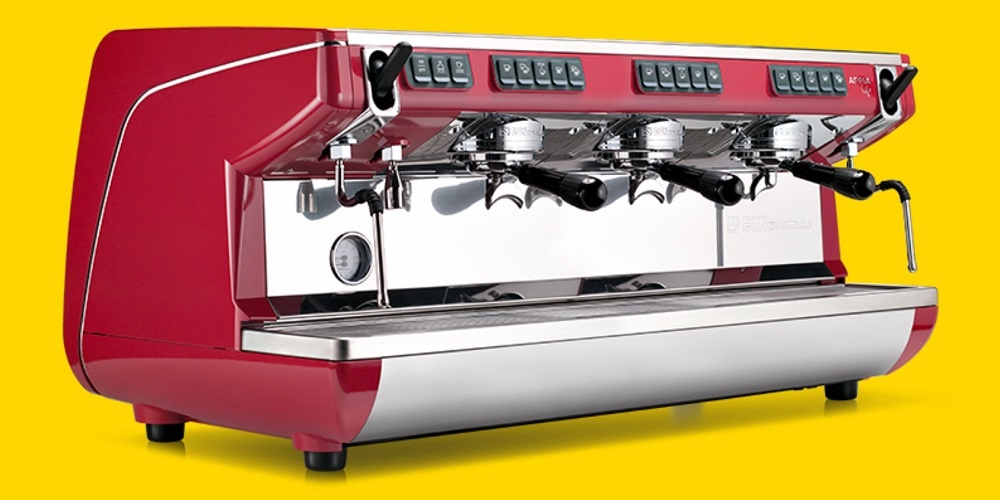 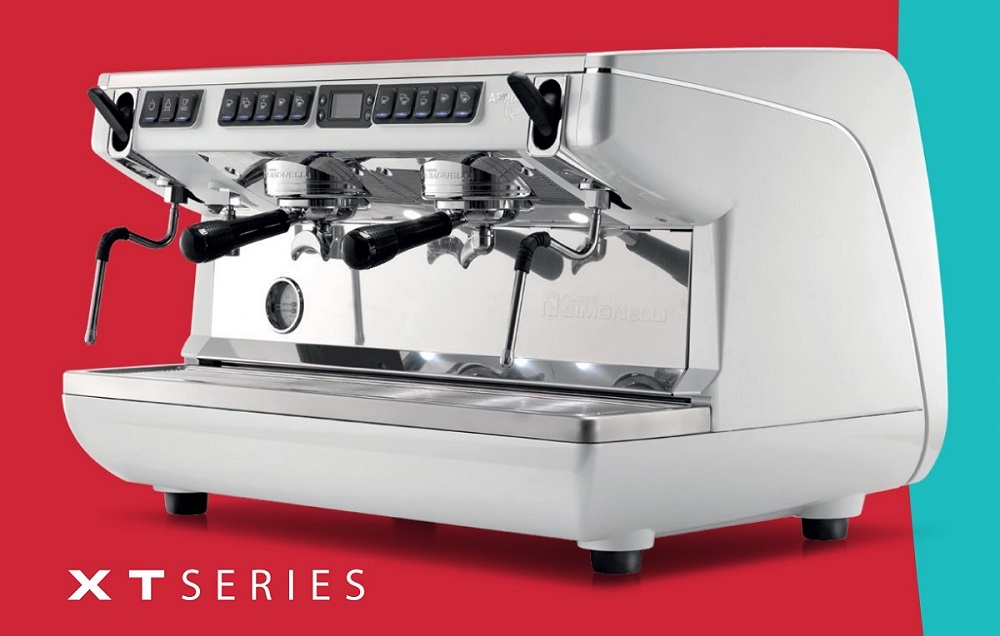 Nuova Simonelli Appia Life, based on the time-tested Appia, is ideal for those wanting excellent performance and reliability, but now with a lower profile, improved features, and easier serviceability. And Appia Life delivers a 13% energy savings, and a 20% less environmental impact (based on an independent Life Cycle Assessment analysis).

Semi-Automatic (Standard Series): These lowest-priced models are still capable of delivering high quality espresso. “Semi-automatic” means the barista is in complete control of the machine during the extraction process, both starting and ending the shot according their trained eye, or by using a separate timer or scale. Semi-Automatics have no programming or EasyCream automatic steam wand options.
Suitable for:  demanding professionals, smaller equipment budgets

Volumetric (Standard Series): These models allow a barista to program 4 espresso shot volumes per group (single/double/short/long), thereby pulling shots at that exact volume every time with the touch of a button. Shots are more consistent between users and – because the barista doesn’t have to monitor the espresso – there is more time to focus on steaming, interact with customers, or begin another order. Volumetrics also allow for an EasyCream option.
Suitable for: restaurants, hotels, shops, offices, locations with less experienced baristas

The Appia Life XT (Digit) Series includes a 2-Group Full-Size and a 3-Group version only, each with 1 hot water spout and 2 steam wands (or substitute one EasyCream steam wand).

The EasyCream Automatic Micro-Foaming System replaces the manual steam handle with a button. Once pressed, the modified wand steams in a unique angular direction while monitoring the temperature with an integrated probe, so it knows:

EasyCream requires no input from the barista to perfectly texture the milk; the barista simply places the wand in the pitcher of cold milk and when it reaches the desired (programmed) temperature the steam automatically turns off, leading to a consistent drink, regardless of the skill-level of the barista. 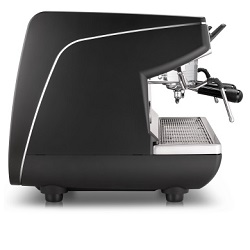 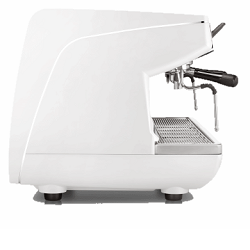 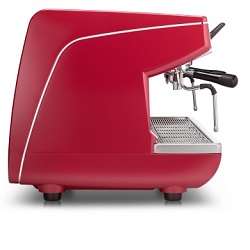 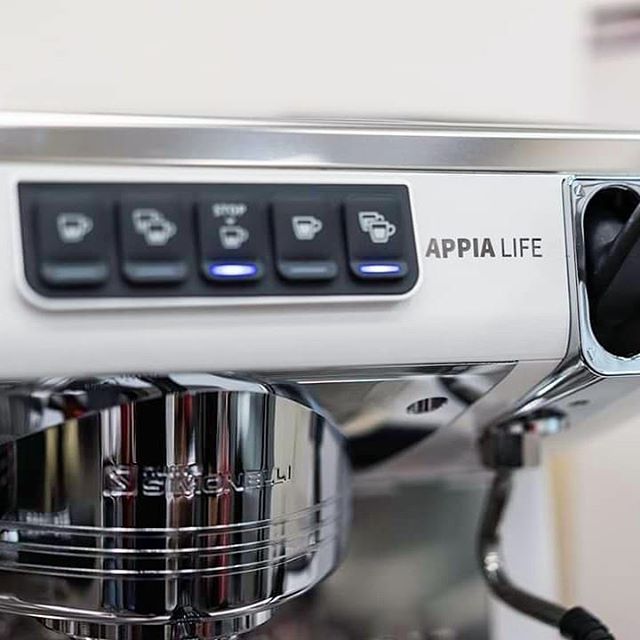 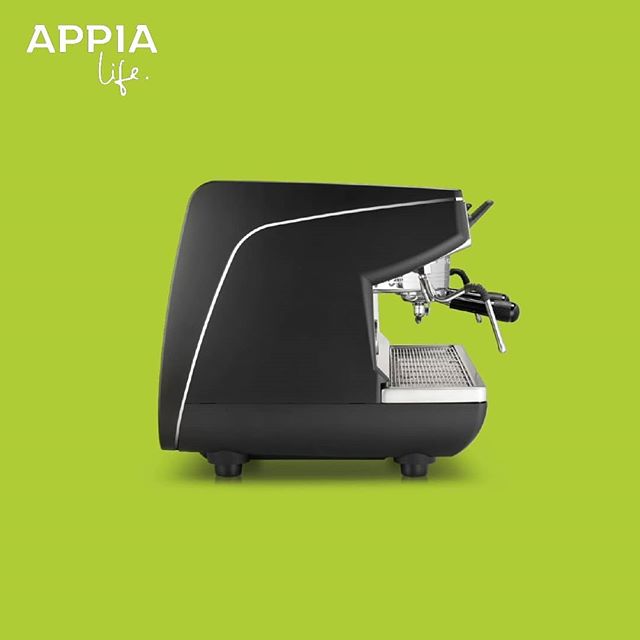 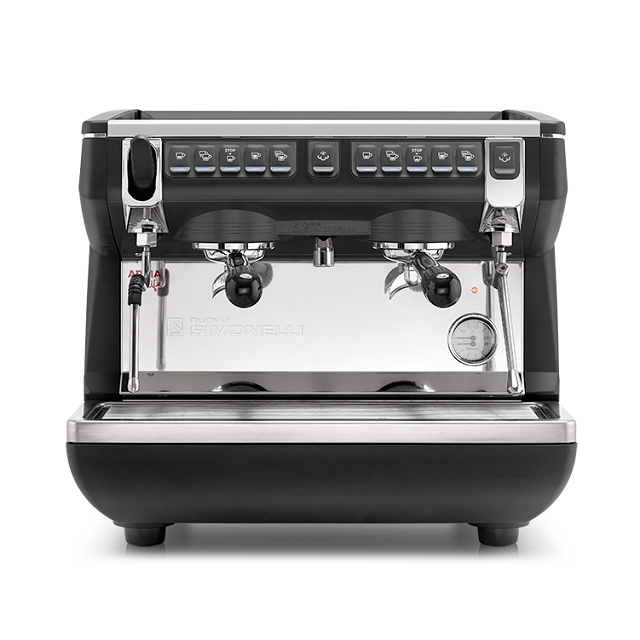 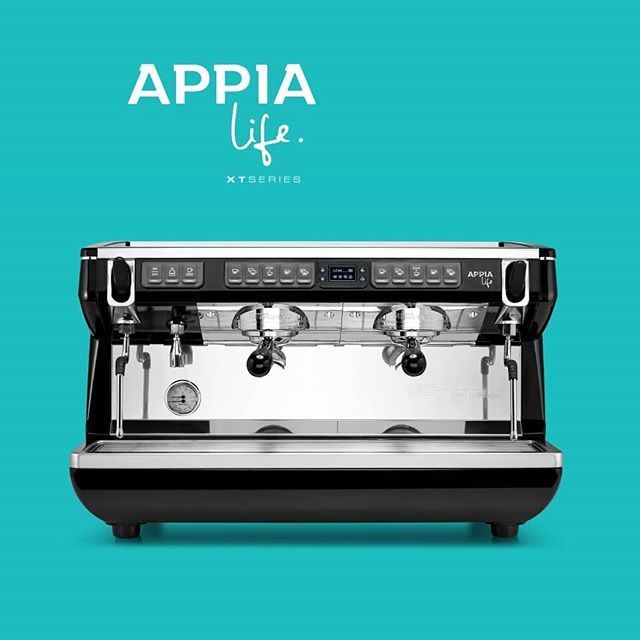 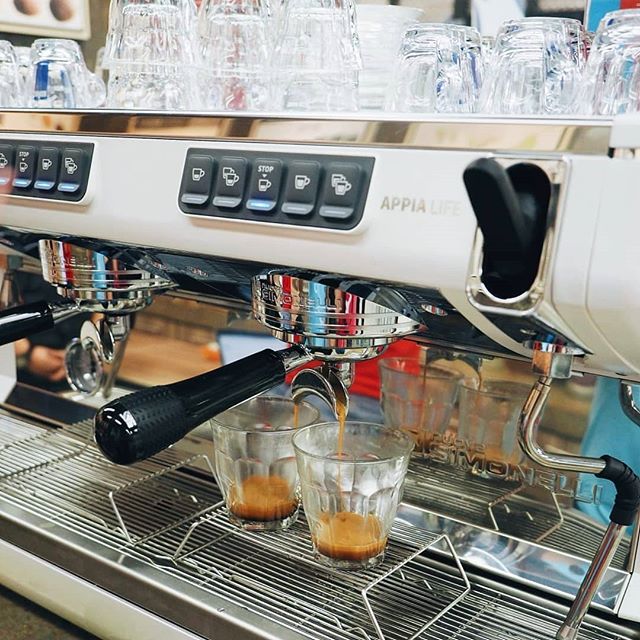 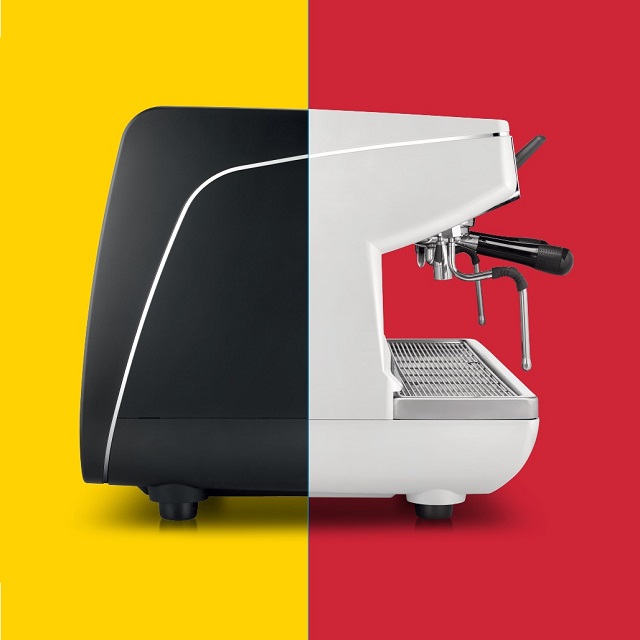 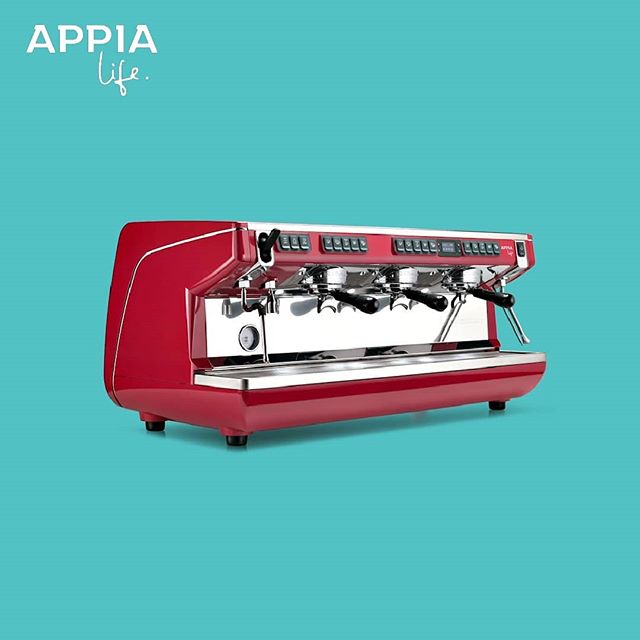 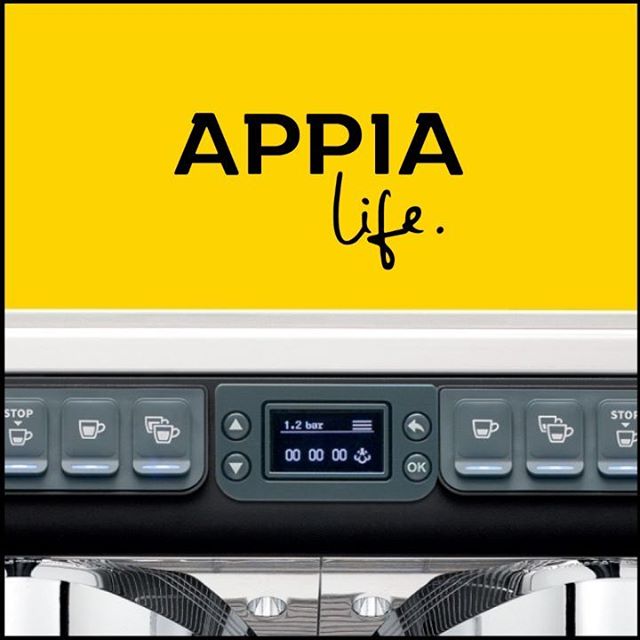 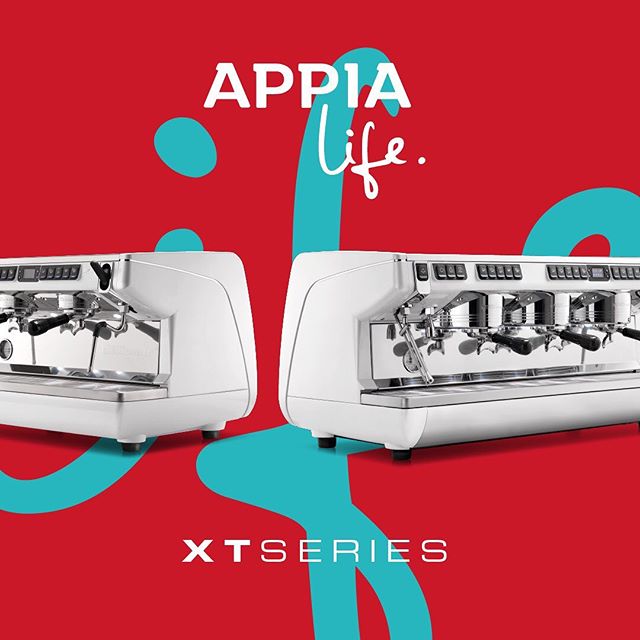 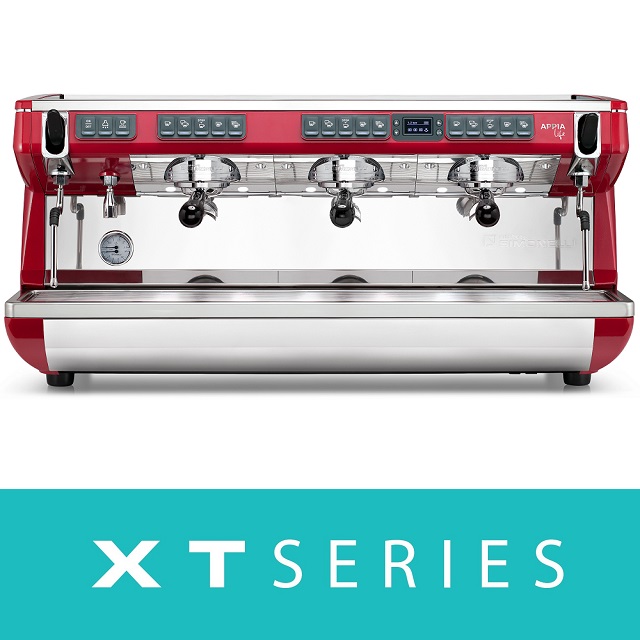 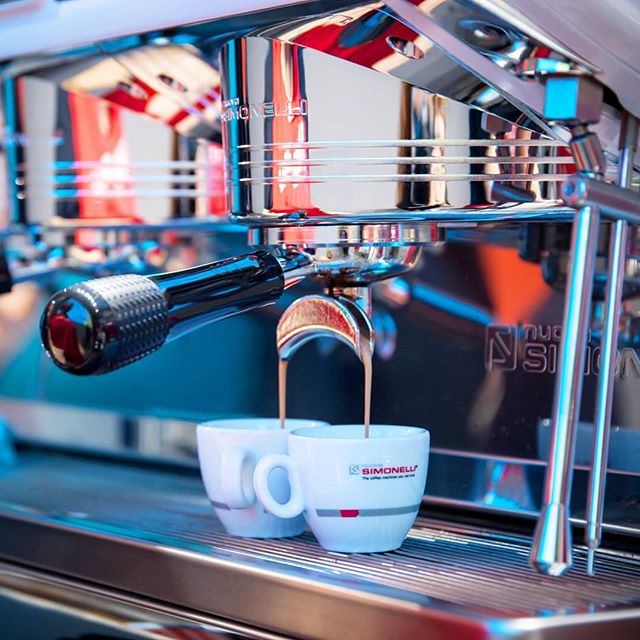 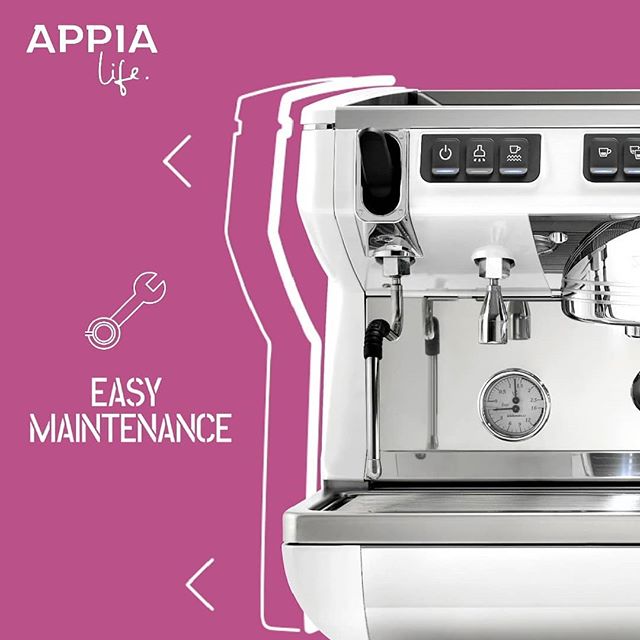 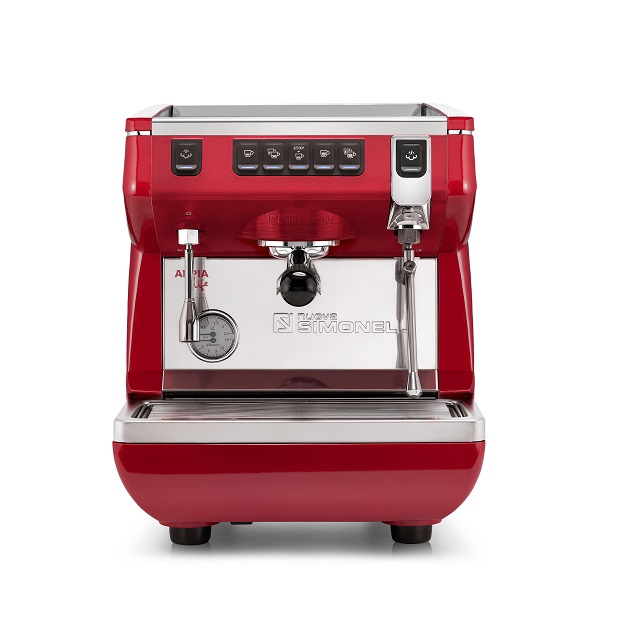 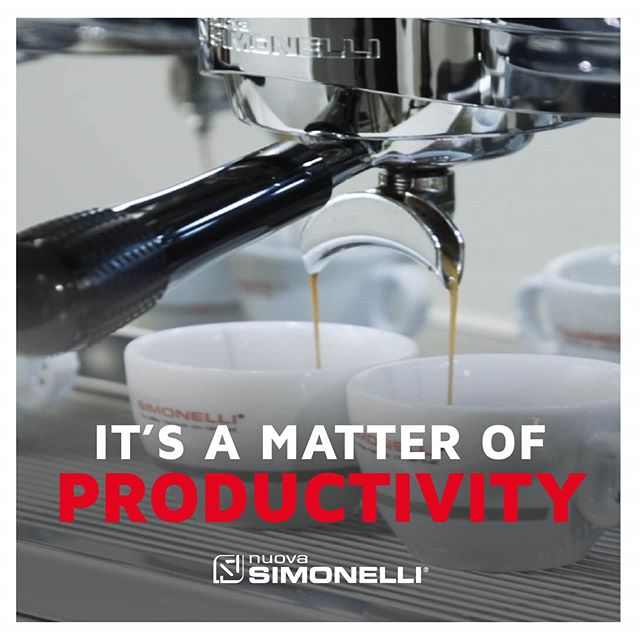